I told you so

When a chat app is worth 19 billion dollars

When a match 3 puzzle game makes more than 1.8 billion a year

When a 3 year old 90 people game developer is valued at 1.5 billion

Then our world is not like it was before.

I told you so.

Don't complain only because you missed the train.

I just leave this here for you to read up in a few years. 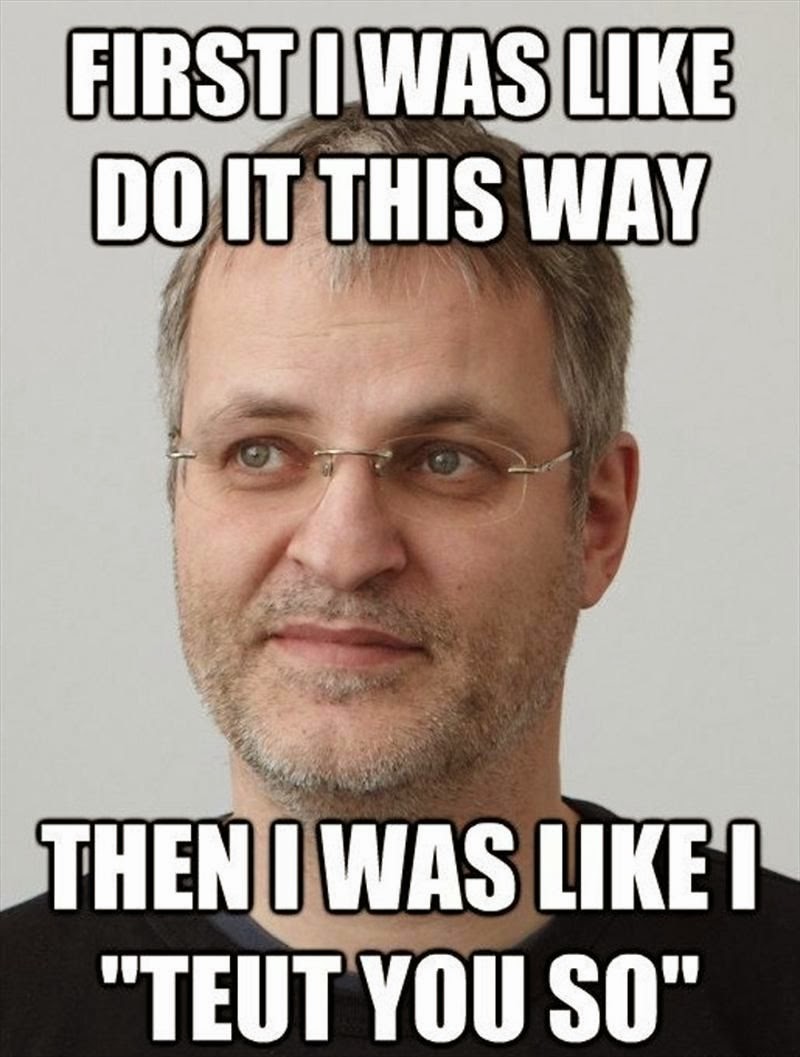 I rarely do this but I would love you to take a look at this indie game and give it a try. It was released just today (and will be on Steam tonight) and is a resource management game just like Settlers or SimCity. Beware that the learning curve is steeper so I recommend the tutorials first.

On Casual Connect 2014 in Amsterdam I had the chance to take part in an evil game design challenge. The goal was to take Minecraft and convert it into an evil but working f2p title. My contenders Ben Cousins and Laralyn McWilliams were tough challenges but I overcome them with rhetoric I guess. While Ben delivered the most professional design Laralyn viewed the experience from the players view and motivations - considering she has a strong MMO background that is logical.

We had similar designs simply because Minecraft is obvious to monetize but I think I won the "evil" part of it - which was the key of the challenge, right? Remember this isn't serious - its over the edge.

Somehow I can't insert the video here so I leave the link: 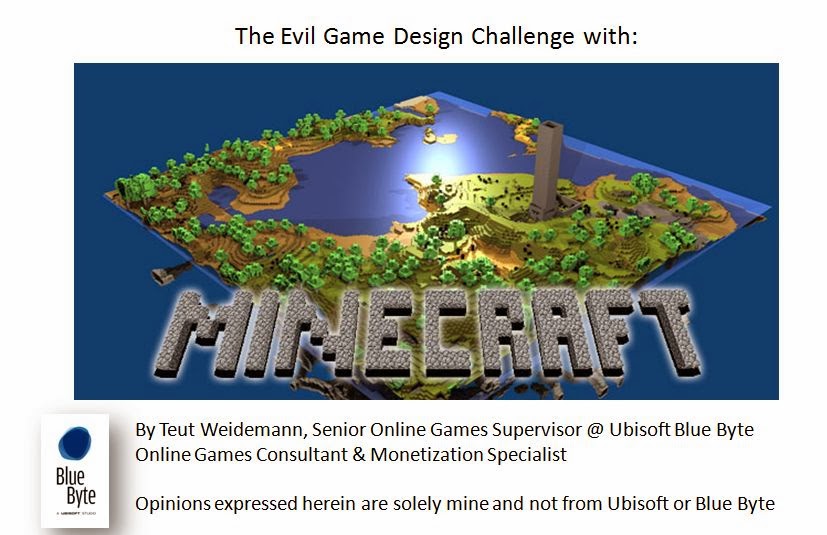 The Oculus Rift sells a dream, a dream we can enter virtual worlds completely. The founder even says:

"one of the most important technologies in the history of mankind”

What? I think we might mix up the technology described in books like "Ready Player One" with simple head tracking & displays in front of your eyes.

Many people forget that this whole Rift thing was a hype years ago back in 1995 - and failed utterly. Those people praising the latest tries of Oculus Rift do not read up the documents of Fraunhofer or Professors or Universities why the Virtual Reality Goggles failed back in 1995 (that is how they were called in the past). And yes all those scientists and experts were involved in this VR thing back int he 90's.

UThe problems of the VR glasses aren't solved yet close to 20 years after the first hype. If they don't start to tackle them Oculus Rift and the new generation of 'VR' will vanish as did the hype around 1995. And the problem isn't in the technology, the problem is inside the human head.

Don't get me wrong. I wish those glasses were possible, but it is harder than they think to make a marketable product out of this without customers puking all over their computer due to motion sickness.