20 years ago we released Panzer Elite, a World War 2 tank simulation which became an international hit over the years. Years? Yes, read on. Warning, long article. 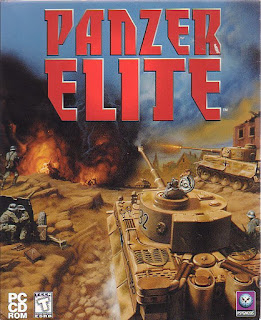 In 1996 I was preparing coming back to the AAA game industry after having a short trip through Apple and afterwards doing Advertising games for companies like Kelloggs.

Anyway, I found a partner I knew from my Rainbow Arts time in the 80's, a really good programmer. He wanted to do the prototype, I did the design & pitch. We wanted to found a development company with this title and were looking for a publisher. But what game to make?

I did a list of all historical topics and wrote the best games beside it to see which was occupied, looking for a gap. And there it was: back then simulations was the king class of PC games and everyone did Flight Sims, but why wasn't there a proper tank simulation?

The answer was technology. Remind you, there were no 3d acceleration back then, all 3d was software only making development very complicated as you had to spend half of your time on engine and technology.

Still, Heiko was eager to try and came up with a demo of a Panther tank driving through a very detailed landscape. You could even see the suspension working. He did some crazy things to pull off the level of detail we needed: far reaching landscapes, detail and my idea to let everything be blown apart - as tanks needed cover and be able to go hull down - and of course blow away that cover.

Born was our destruction system, even synched over multiplayer, a first time worldwide back then. But we didn't know that.

As we were a German developer I knew we will have problems getting the trust of the big publishers, as back then the German industry wasn't known for potential worldwide hits. It was the 90's, when everyone did console games - but we weren't. Oh well, so I followed advice of a good friend of mine David Braben (yes, that one, who made Elite) to get an Agent helping with the deal.

So I approached Jacqui Lyons, his agent, a former book agent who widened her portfolio with game developers. She was very successful having sold many hits already, so all publishers had to be nice to her and not ripping of her developers - as they feared losing the next hit she has, right? A strong position to be in.

So armed with print outs of our pitch and a 3.5" disc with the demo (yes, print out, disc, you read that right, the internet wasn't there yet) we came to E3 (when it still was a good show) and had over 30 appointments.

Want a peek in our pitch doc? Here it is: DesertFox as PDF, our working title back in 1996. Unfortunately the prototype no longer works (and I don't have a 3.5" disc drive anymore).

Most publishers weren't even understanding what we were trying to do. Most were looking for console or the next "big thing like game ABC in the chart". Tank sims? Who plays these? They didn't have any reference.

Our favorite pick was SSI - Strategic Simulations, back then the king of War Games, Sims and RPG's. They immediately fell in love with ours and also said they tried to do their own tank sim but would stop doing it if we sign. Three more showed interest, but we went home with SSI being our favorite. Jacqui warned us to hold our breath as deals can go wrong, so we let her do her thing.

Faster than ever we had our contract and offer and Jacqui said this is a good one, contract was negotiated, and we send back the signed one. SSI was owned by Mindscape and they had to verify the contract - and Mindscape came back they would only sign if they got the IP rights (no go for Jacqui) and the source code (no go from us). Oh well, so we cancelled and went on the other three interested parties. As SSI continued their own tank sim they incorporated a lot from our design as they knew we were their strongest competition. Ideas are cheap, nothing you can do.

Second interested party was Acclaim, a big name back then. Contract negotiations dragged on and when everything was ready we flew to London into the CEO's office to sign - and we saw on entering his office that something is wrong. HE had to admit his boss from USA called and due to the situation of the company had to cancel all third party development. Including ours.

Ah well, lets go on should we.

Jacqui made an office invite party to show new products and invited publishers and we were showing Panzer Elite. A guy came up and looked at our demo and simply said "I want this". Which company? Psygnosis, awesome, a good name, a Sony company. So we signed a couple of weeks later and hired people, expanded to 7 developers and started the full production (yes 7 people, teams were smaller back then). Our fine little development company was called Wings Simulations. We were proud as we were a new triple A studio - in Germany. A rare feat back in the days.

Production was going fine, working with John Meegan, our producer at Psygnosis was awesome. Getting near launch we saw not everything went well with Psygnosis, the market changed. Everyone was going console as the Playstation was a huge hit and Psygnosis with being a Sony daughter company had trouble making a point with PC games - a competitor platform for Sony.

Additionally 3d acceleration cards became a thing and we had to implement hardware acceleration on top of our software renderer. Psygnosis gave us the time and budget though, so all was fine. We build up a community with a forum and web page, developing along with the community. Back then this was unique, so we had a fan base ready before we even launched. Oh, and Ultima Online shipped, distracting me from the game ;)

So 1999 we were ready - but Psygnosis wasn't. Word from Sony came that all PC products had to be cancelled and focus on Playstation. But they also said "Keep the best 3 to make money". We were among them - which was a pain as Psygnosis shipped the initial market order and shut down their commpany. Wait what? Yes. Over 30 simulations shipped during 1998/99, the market was flooded. Still, numbers of Panzer Elite were promising.

Psygnosis sold off their PC catalogue to GTE Interactive, a subsidy of GTE, the telecommunications giant from USA. They reprinted with a new packaging and released it again - only to be shut down 2 weeks afterwards. Wait what? Number 2.

Meanwhile we pitched out next games and CDV from Germany was ready to sign - when a new Austrian company called JoWood approached us and asked what we really want to do. I said we want to make a MMO called Getaway Driver, basically a GTA Online. They asked to purchase us, the whole company and we sold. My first exit.

When they heard the story and success of Panzer Elite they asked us to try to buy the rights back. Original copies of Panzer Elite were selling for $200 on eBay (Internet was here now) so there was potential. It took a while but we reached the lawyer of the defunct Psygnosis and paid 30k pounds sterling for the rights and had our game back. Meanwhile the mod community went crazy and expanded the game heavily. Remember, the community was still ours in control and the best mod teams even had the source code we gave to them - a new thing to do back then, not many developers did that ever.

So we remastered the game, called it Panzer Elite Special Edition updated it with a mod enabler and shipped all mods along with it with our new owner Jowood. It became one of the best selling games of Jowood and we sold more than Psygnosis & GTE combined, again. 2 years after release.

What we didn't know is how long the game will live. 10 years after release the game was still on the shelf - selling. When Jowood went away and we had to shut down our studio in 2005 the new owner of the IP THQ Nordic rereleased the game with the (bad) IP derivates Panzer Elite action it again appeared on the shelf. You still can stumble upon a $3 copy of the game sometimes. An everlasting title. And the mod community still releases mod updates for the game today!

Please take a look into the credits of the wonderful team who made it happen here.

Panzer Elite won numerous awards and did many things for the first time in games.

Panzer Elite had destructible terrain like trees could be run over, houses collapse, shells leave craters. And this even in Multiplayer. Something we repeated in our later game Söldner . secret Wars, with only Crytek managing this achievement 5 years after Söldners release.

Maps of the historical terrain were using elevation data to recreate the scenarios - often using historical maps from the wars found in archives by our scenario designer and history expert Matthias Siedlaczek. Many anecdotes around that, like one archive only giving us the maps when we do NOT mention them in the credits. Hmmm.

We simulated a lot in Panzer Elite, down to the experience gain of the crew and the stats of the tank depending on their skill levels. Yes, World of Tanks has that, but they shipped 2010, 11 years later.

Our terrain renderer was one of the most detailed of its time considering we didn't have the cool new tech from hardware acceleration like prebaked maps & lightning.

We were one of the first teams in Germany having a world wide publishing contract. We were only beaten by Yager who shipped a title earlier with Microsoft.

Panzer Elite was one of the rare games having three consecutive publishers and still be a success. But hey, we got three different boxes with art in return :)

For accessibility we had a "mouse tank interface" which allowed you to play the whole game without any keyboard shortcuts - yes, that was a thing in 1999. 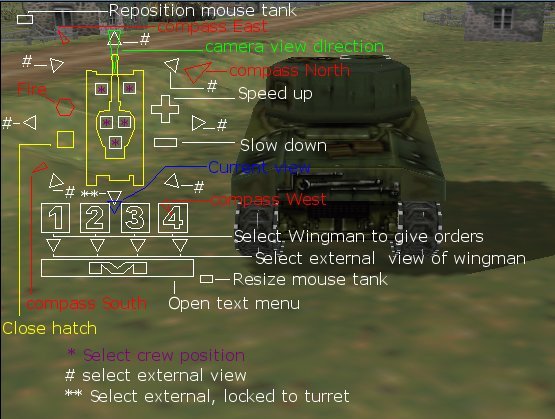 Panzer Elite had a shelf time of way over 10 years. People still talk and chat about it decades later. Or release mods for it in 2018 ... 20 years after its release (click for link).

Panzer Elite was one of the first games using community driven development, which is sexy again today after it has been forgotten.

Panzer Elite kicked off the career of many involved people, later joining companies like Wargaming, Sony, Blizzard and more.

Panzer Elite was a simulation, so we even simulated visibility depending on tank type and its vision slits and wether or not the commander was looking through his open hatch on the turret. We even tracked the passage of a penetrating bullet through the innards of the tank to see which modules we disable due to being damaged.

This game is still one of my most important ones in my career. And no, a remake won't do well, as simulations are unfortunately dead. Back in the 90's we could sell 250k of a simulation and it was considered a hit. Today 250k doesn't even pay development.

One of our lead and best programmers I met in my career died recently - far too young. I wish he would be remembered for all his efforts, but he always stayed in the dark and was too humble to tell everyone how brilliant he was. This is for you Markus.