What is it with online & RTS

What is it with RTS that makes them so hard to do persistent online? We got online fps, RPG, racing sports, everything but RTS somehow never manages to surface on the online games market. Many have tried and failed and EA just joined them recently. I don't blame them, maybe they just didn't know they tried to create something where everyone else has failed so far.

What is it? Any ideas?

Just as a statement I don't like Starcraft, its too fast for me, I more like the slower paced C&C series which unfortunately died the EA death. 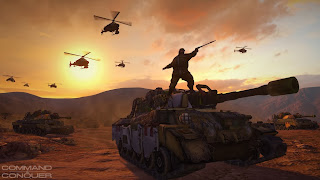