In the old economy we tended to focus a lot on the target audience. We specifically did things in the game design & marketing to target the player we had in mind. After years of retail experience this is done pretty accurate by the publishers.

However in online games this is different, very different.

First difference: retail games are usually fire and forget products. After they are on the shelf they get their DLC or add on and then its off to new products. Sequels reset the cycle.

So the target audience in retail games are a static entity. They don't change as the time is simply too short. They might change for the sequel due to new data, but that's it.

In online games the audience shifts a lot. We talk about games which lasts for a decade or longer. The audience of such an online game is not static. Players come and leave on a daily basis. You might have a constant number of active users but this still doesn't mean the users are identical to last months users.

This means that your target audience is a moving target. They change over time. As within a decade a lot of things happen:

- a console cycle or two passes by
- your computer is 5x as powerful
- things gets invented like the internet or smartphones
- social networks gets created and have a billion users.

So no wonder that online games need a different approach to user targeting.

Why am I writing this? As I always have to fight the notion of the "old economy" that they speak about "THE" target audience. Also what happens if we have all users targeted, is there something like saturation within an online games user acquisition? No.

Well get this: if your online games live 10 years then all former 10 year olds are 20 and represent a wonderful new audience. You have an endless supply of new users simply because we always produce new ones and even more year by year! 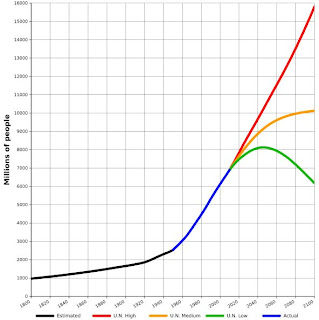